How Families With Disabilities Benefit From Supportive Employers 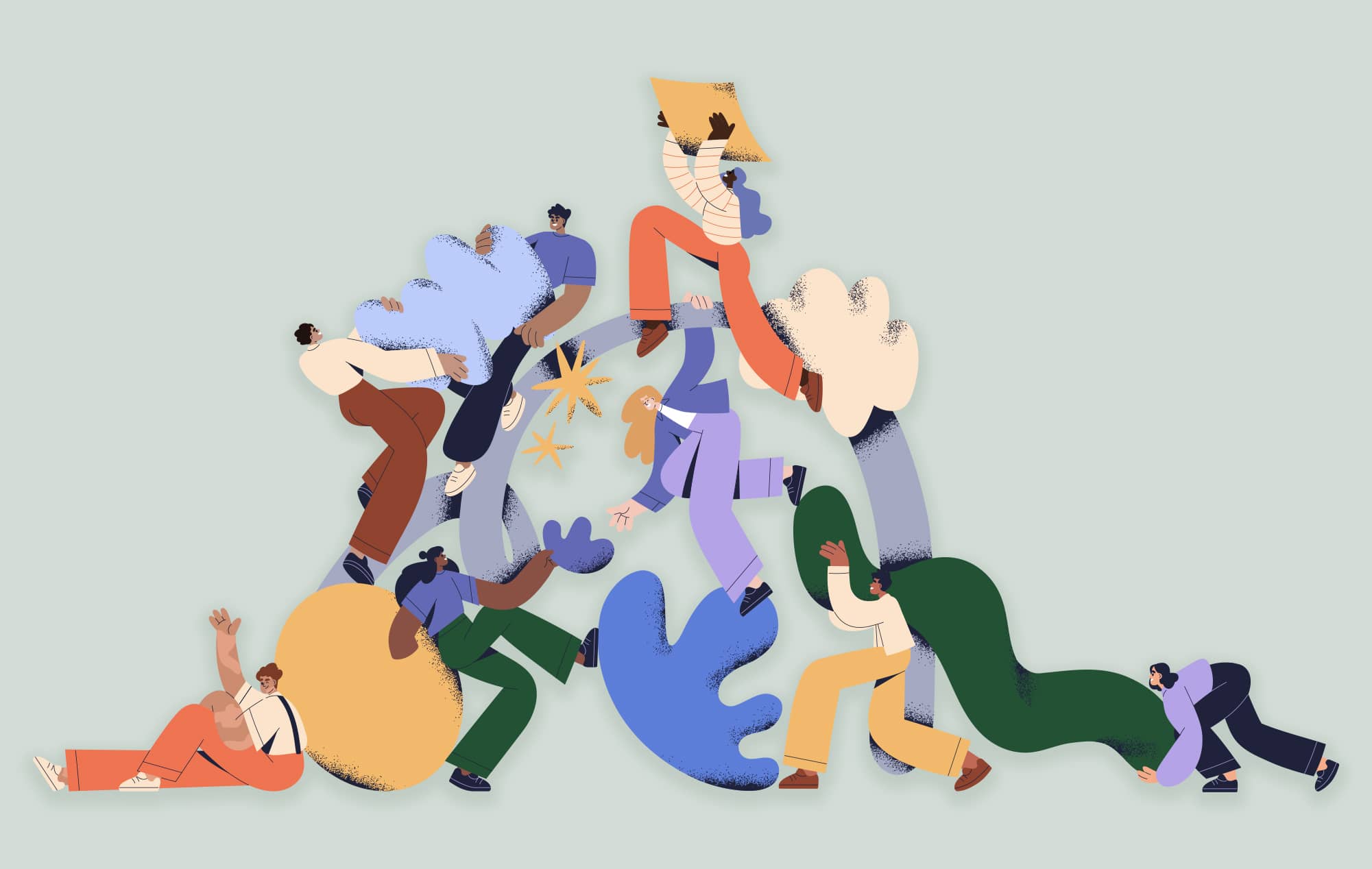 Image Description: Illustration of a group of people helping each other. Some are lifting and pulling abstract shapes, others are hoisting each other up; symbolizing teamwork.

How Families With Disabilities Benefit From Supportive Employers

By providing support, greater accessibility, and accommodations for professionals with temporary or permanent disabilities and fostering inclusive work cultures, employers can help their organizations and employees’ families thrive.

Whether in a professional or private setting, we carry our disabilities with us, be they learning and cognitive disabilities, physical disabilities, speech and language disorders, deafness or hard of hearing, blindness or low vision, or mental health disabilities.

We can’t leave these parts of ourselves behind when we enter the workplace or are on the job.

This is part of why having a disability as a working professional can be so difficult. In response, employers can either disregard these challenges or acknowledge persistent barriers and find better ways to actively support their disabled employees and their families—including those with temporary disabilities.

What Are Temporary Disabilities?

A temporary disability is considered a physical or mental condition that prevents a person from fully participating in typical daily activities for an extended period of time, as opposed to permanently. To varying degrees, a person with a temporary disability will eventually recover after a few weeks, months, or years of first developing an impairment.

Temporary disabilities can include broken limbs, concussions, a brief but extended illness or impairment due to surgery, and short-term onset of anxiety or depression, to list a few.

It’s worth noting that some disabilities, such as depression or anxiety, can become permanent or remain temporary, depending on an individual’s circumstances or in reaction to a dramatic life event.

It’s a challenging transition when one family member is diagnosed with a disability. Obstacles increase when multiple family members develop disabilities at the same time.

Such was the case with Rafa Fernandes, a senior technical consultant at Salesforce, who experienced a temporary case of anxiety and depression around the period his infant daughter Elena was diagnosed with a permanent disability.

“It was very stressful,” he says. “I don’t even recall how I did it. I was still working. I tried to take off a couple weeks, but at that point, with the company I was with, there was no such thing as paternity leave.”

Soon after Elena was born, doctors noticed a skin tag in her lower back region. Fernandes’s anxiety and stress heightened as they awaited results from doctors.

“Initially, I didn’t really share it with my work,” he says. “Even with my boss, it took a little while. It wasn’t because we were ashamed or anything. It was because we were still trying to figure out what the diagnosis was, and I didn’t want to say something I wasn’t fully aware of.”

Upon further investigation, a neurosurgeon discovered Elena was born with spina bifida, a developmental condition relating to the spine that can cause several physical impairments as a result of nerve damage.

Spina bifida looks differently for each person, which is part of why it’s sometimes called the “snowflake condition.”

“No two people will be affected the same way, and many are left with mobility and bladder and bowel challenges,” Fernandes says. “If not treated with surgery, most children will lose the ability to walk or control their bladder and bowels.”

Fernandes and his family would have to wait several months for Elena to undergo an MRI and reveal the specific nature of her condition.

“The wait to gain further information was one that left us incredibly anxious,” he says. “Fear of the unknown was with us daily and our faith was tested repeatedly.”

Being Supported by Colleagues & Co-Workers

“That time period was very difficult because you don’t know,” he recalls. “Then you start Googling. Boy, go look at Google. It’s worse. It seems to be the case that primarily what you find is the worst potential scenario.”

Elena was eventually diagnosed with lipomyelomeningocele, a rare form of spina bifida. Providing her the care she needed while dealing with his own anxiety weighed heavily on Fernandes.

However, he says things changed when he found support from not only friends and family, but from his co-workers and new employer, Salesforce.

He believes their openness in the workplace about disabilities, both temporary and permanent, empowered him to talk about what his family was going through and better adjust to their new life.

“Going through this emotional rollercoaster is very daunting but our focus since the beginning has always been on what we can control,” he says. “Embracing the new reality, openly talking about it to family, friends, co-workers and creating a network of support is what helped us the most.”

From executives to team members, Fernandes encountered many instances of people asking about his story and others wanting to share their experiences as professionals with disabilities or caring for loved ones living with disabilities, as well.

“Not everybody can come and say, ‘I want to tell a story about my daughter,’” he explains. “I knew that’s what I had to do. It’s one of the reasons I came to Salesforce, that I’d be able to talk about it at work.”

While sometimes overlooked in the discussions surrounding accessibility, temporary disabilities impact coworkers and employees, as well. The more organizations foster inclusive cultures and provide employees with appropriate accommodations, the more disabled peers are going to thrive—and as a result, so will our broader communities and businesses.

Salesforce is a founding partner of InclusionHub, a resource for digital accessibility, committed to helping businesses prioritize digital inclusion. Visit its a11y website to learn more about how you can support professionals with disabilities and their families. 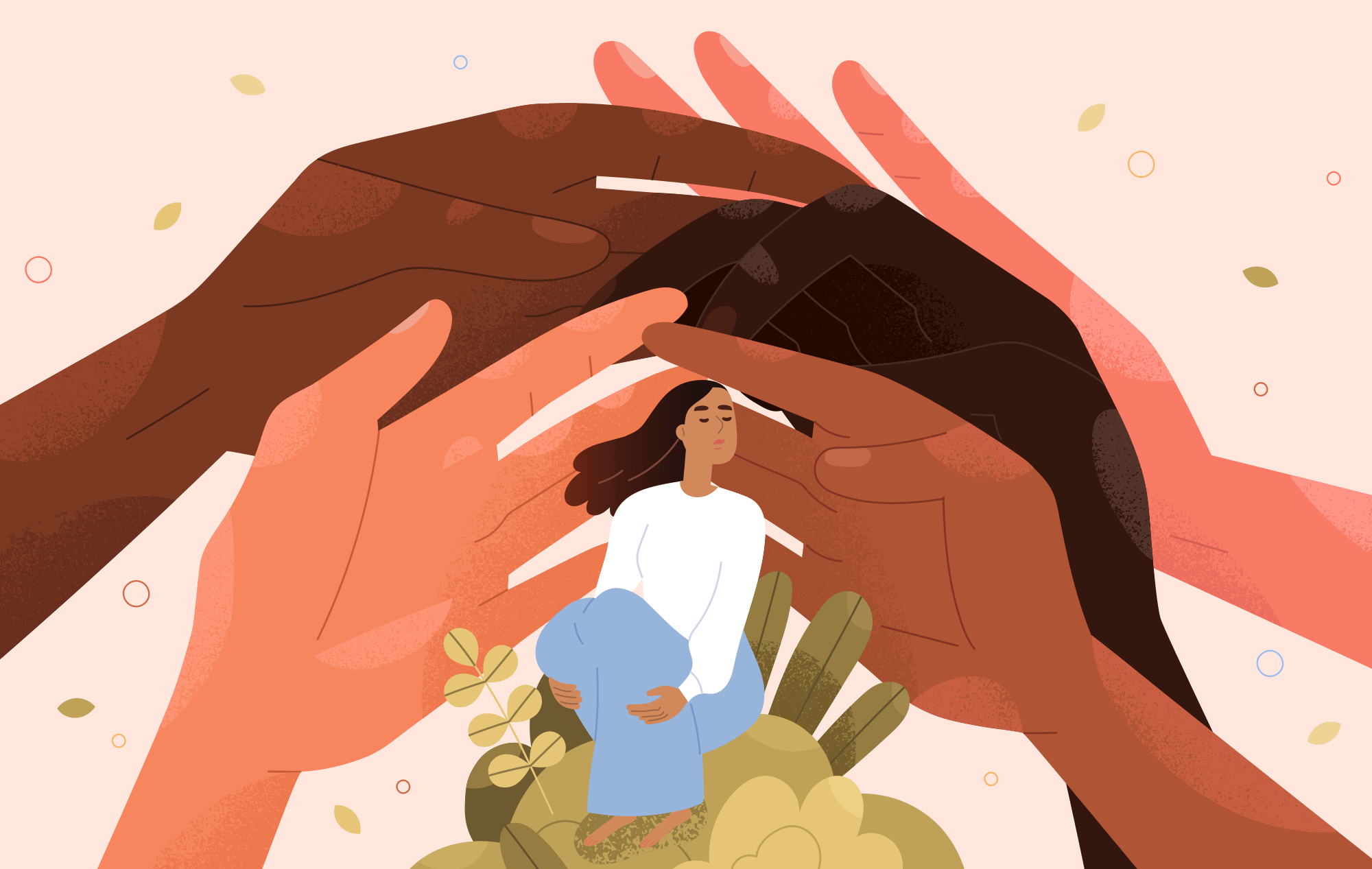 Where Is DEIB Reform Still Needed & How Can Organizations Improve?