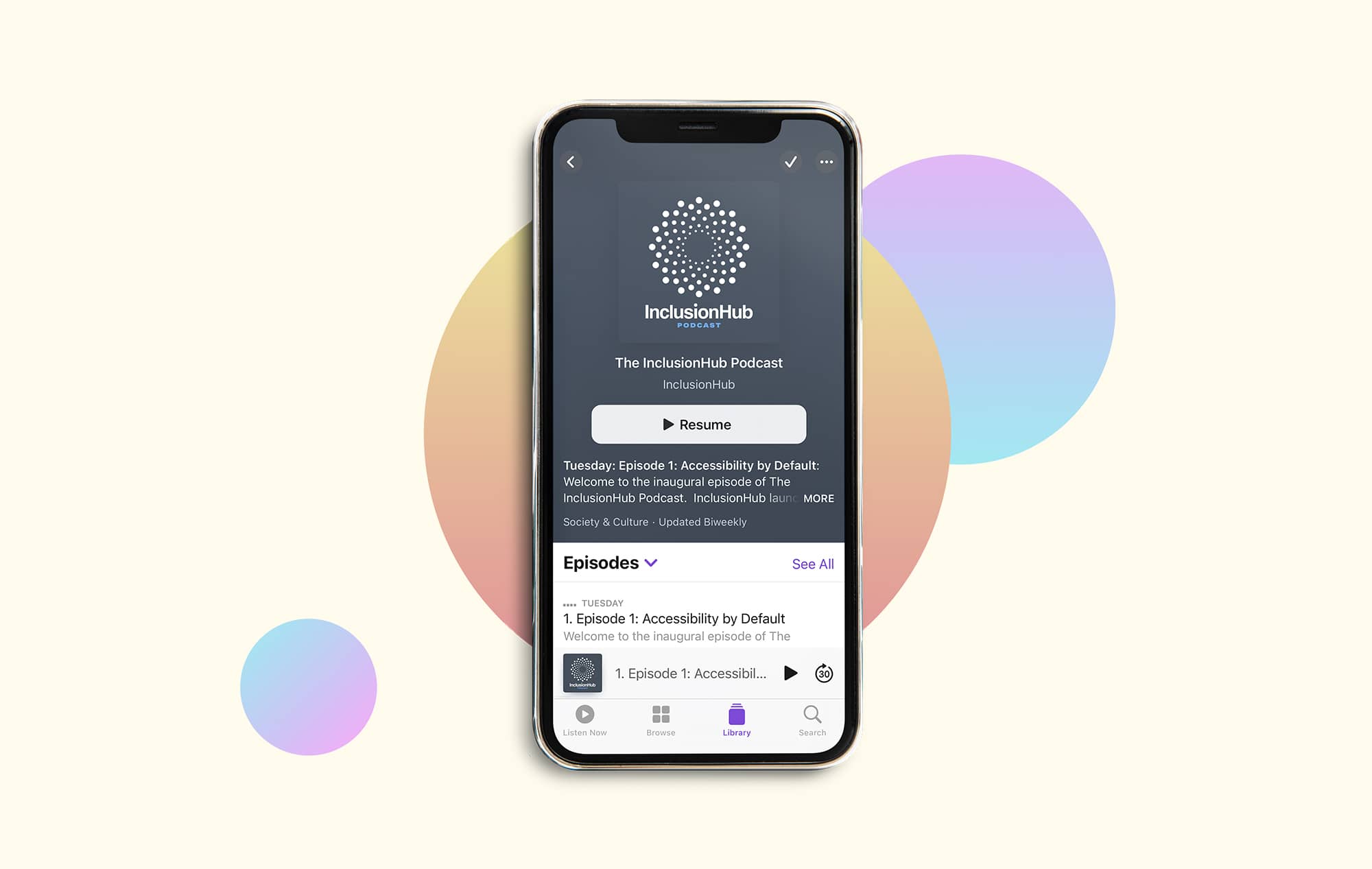 Image Description: An iPhone open to the InclusionHub Podcast in Apple Podcasts. The episode featured is Episode 1 Accessibility By Design.

InclusionHub, an online resource directory dedicated to improving digital accessibility and inclusion, drops its inaugural episode of a new podcast series encompassing the disability rights movement and ongoing battle for true equality, for all.

To commemorate the 32nd anniversary of the Americans With Disabilities Act (ADA) being signed into law, online digital accessibility and inclusion resource directory InclusionHub has released the inaugural episode of a podcast series devoted to exposing the truth behind the current state of the web, and searching for meaningful solutions.

Hosted by Sam Proulx, Accessibility Evangelist at Fable—a leading accessibility testing platform powered by people with disabilities—The InclusionHub Podcast takes listeners and readers on an insightful, at times enlightening journey through the many facets of digital accessibility and inclusion, from the early days of the disability rights movement through the ongoing battle for true equality, for all.

Twice a month, the podcast will feature a range of guests sharing critical insights about their experiences in this collective pursuit, from activists and advocates to designers and academics. These include such pioneers as internationally renowned disability rights advocate Judith Heumann and civil rights attorney Arlene Mayerson to Jennifer Keelan-Chaffins—who climbed the ‘Capitol Crawl’ to force the passage of the ADA when she was just 8 years old—and many more.

These inaugural guests reflect back on the early days of the internet, and explain what it’s become: inaccessible and non-inclusive for folks living with disabilities. They expertly diagnose the problem, explain its insidious origins and proliferating spread, and lay out clear and simple steps to rectify such a decades-long injustice.

“For millions across the globe, navigating the digital world can be painstaking, if not altogether impossible—and that’s because for years, the people behind popular tech platforms failed to incorporate web accessibility,” Proulx, who is blind, explains in the episode’s introduction.

“Consider this: An estimated 15 percent of people on this planet experience a disability. And it’s critically important to stress right here at the beginning of this podcast that having a disability is not the exception, nor a curse,” he continues. “Disabilities know not race, sex, age, nationality, nor socioeconomic status. Disabilities do not discriminate. They are not relegated to one country. They do not judge.”

Join us twice a month for this compelling, absolutely critical conversation, helping to contextualize the issue of digital accessibility, and advocate for a more inclusive web.

As Proulx shares at the end of each episode: “Remember: a more accessible and inclusive world is a better world.”

Phil Stott is the Director of Strategy at Morey Creative Studios.