Image Description: Two people are sifting through a box of printed mail. The box has the Design Distributors Inc. logo emblazoned on the front.

Following the passage of the Americans with Disabilities Act (ADA) of 1990, which created historic protections and expanded the rights of people with disabilities, elected officials from across the political aisle branded the law as a game-changer for people who for decades had been marginalized, especially in the workforce.

However, more than 30 years later, only 19.1% of people with disabilities were employed in 2021, compared to 63.7% of people without, according to 2022 figures released by the Bureau of Labor Statistics.

This underscores the importance and purpose of Disability Employment Awareness Month (DEAM)—which began in 1988 to celebrate the contributions of employees with disabilities across the United States, and advocate for inclusive hiring practices. The campaign has evolved into a global cause, helping to raise awareness about the widespread impact people with disabilities have on society.

While the ADA and other civil rights movements have helped boost employment, it nonetheless falls on the shoulders of individual companies to create sustainable, inclusive cultures with equal opportunities and access for all.

Witnessing the family-owned company’s evolution over the years from its original roots as an envelope printing business, President Adam Avrick has always been passionate about creating a welcoming, inclusive work environment—having a brother, Scott, on the Autism spectrum.

Seeking out ways to be more inclusive, Adam has frequently connected with local school districts and orchestrated vocational training programs on-site—feeling that promoting equal access for everyone is mission-critical for the company.

However, reaching such candidates is often a complicated process, Adam tells InclusionHub.

Sometimes organizations like Design Distributors find employees through fierce advocacy of family members, as was the case with Shane Lando, a computer information technology graduate of St. Joseph's College in Patchogue, NY. Shane is on the Autism spectrum.

As Adam describes, he was contacted by Shane’s mom, Shari Lando, who would “not stop until she did something for her son.”

“Unfortunately our children with disabilities are not always able to communicate their skills and knowledge,” Shari says, noting that Shane had participated in a handful of interviews but was never offered a position. “For the year leading up to our interview [with Design Distributors], I listened to several phone interviews with Shane, and at one point a company told me I should send him back to college to learn how to interview.”

“The old school belief was teach everyone through auditory means,” Shari continues. “But through progress, we now understand some are auditory listeners and learners, some are visual, and some are tactile or kinesthetic—learning through touch and completion. I needed to advocate to help traditional interviewers know Shane is extremely capable, but sometimes needs someone who will help explain where he cannot.

After speaking with Sister Jane Fritz—Shane’s late college dean at St. Joseph’s College, who was also supportive and “determined to make something happen,” according to Adam—the interview date was set.

“After numerous attempts applying for jobs online and only one phone interview with [a cloud analytics company], me and my parents found a company close to home that they knew would be a perfect fit for me since I am good at using a working computer,” Shane says. “The experience at the in-person interview was a pleasant one, as we were all discussing what kind of responsibilities I would have at the company and how I would be a good choice for an employee there.”

“He came in, and we did the interview,” adds Adam. “I felt that we could provide an environment for him on a part-time basis. He would be given the opportunity to succeed and grow. The reality is, whatever we give him, he’s been successful doing, which is just awesome.”

For the past four years, Shane has been a productive member of Design Distributors in data processing and quality control—putting his wealth of programming knowledge and language to the test daily with complex projects, independent programmatic jobs, quality assurance, and more.

“Working with Design Distributors Inc. has had a positive impact on me,” Shane says. “The atmosphere at this company is very friendly, and the people who work there are usually nice. In fact, my boss and co-workers all praise me whenever I get all of the hard work done right away. Whenever there are instances where data processing problems get in the way of my ability to get a job done on time, I mostly turn to my boss and fellow co-workers for help.”

“He’s doing a great job,” Lilienkamp adds, having supervised him at the company. “He’s learned everything that I’ve taught him without any issues. He keeps growing, he keeps taking on more work, he’s become a more confident person, and he’s doing excellent. I mean, what more can you say than that?”

Lilienkamp notes that Shane is also “very good about making sure everything is done just right.”

“We’re very happy,” adds Adam. “In fact, I contacted St. Joseph’s after his first year and said, ‘Who have you got next in the line-up for me?’ They only had one Shane, and we got him.”

Over the past four years, Shari has also noticed marked changes in Shane, and credits his experience for giving him a “sense of purpose, stability, and normalcy during an extremely taxing time.”

“Shane loves having a work routine, enjoys going to the office, and comes home with a sense of accomplishment each day,” she says. “Not only has the company been a source of consistency, his company has also been his greatest advocate and a place that appreciates Shane for who he is. We have experienced a lot of personal loss over the past two years, and Shane's first answer is always, ‘Can I text Mary to let her know?’ He truly adores working there, and we can see it in his demeanor each day.”

During the hiring process, Design Distributors combined its history of practicing inclusivity with Shane’s support system to ensure the transition was as seamless as possible.

“I hope that Shane continues to be a productive member, and is able to rise to all challenges he is presented with,” Shari says. “I think Shane has a bright future, and I would love to see him continue at DDI helping the company as much as and if not more than they helped him by giving him the chance to show his abilities. Our future goals remain the same: that he is a happy and healthy man, experiencing life to the greatest extent possible, and continuing to learn, grow, and simply enjoy his life.”

In the future, company leadership hopes to continue fostering Shane’s growth, challenging him, and ideally, bringing him on for full-time work, Adam says.

“My hope for the future of Design Distributors Inc. is that the company gradually expands the number of employees by hiring more highly-skilled people who are on the Autism spectrum just like me,” Shane says. “I also hope to expand my hours so that I can return to becoming a full-time worker. The reason for this is that I am currently working a 4-hour work day as a part-time worker, and I worked for 8 hours before the pandemic shut almost everything down. Here’s hoping that I can get back on track to do more jobs at Design Distributors Inc. once I return to working full-time there!”

In continuing to foster a welcoming company culture and inclusive hiring process, Adam ponders how to create even more opportunities and connections with candidates of diverse abilities and backgrounds—calling it a “win-win” for both parties.

“There are kids [like Shane] out there, there are opportunities,” Adam says. “How do we get them together? How do we find them? How do we make this happen?”

InclusionHub is an online resource directory with information on digital accessibility, assistive technology, diversity and inclusion, and other important topics. Explore the comprehensive database to learn more about resources available to your team. 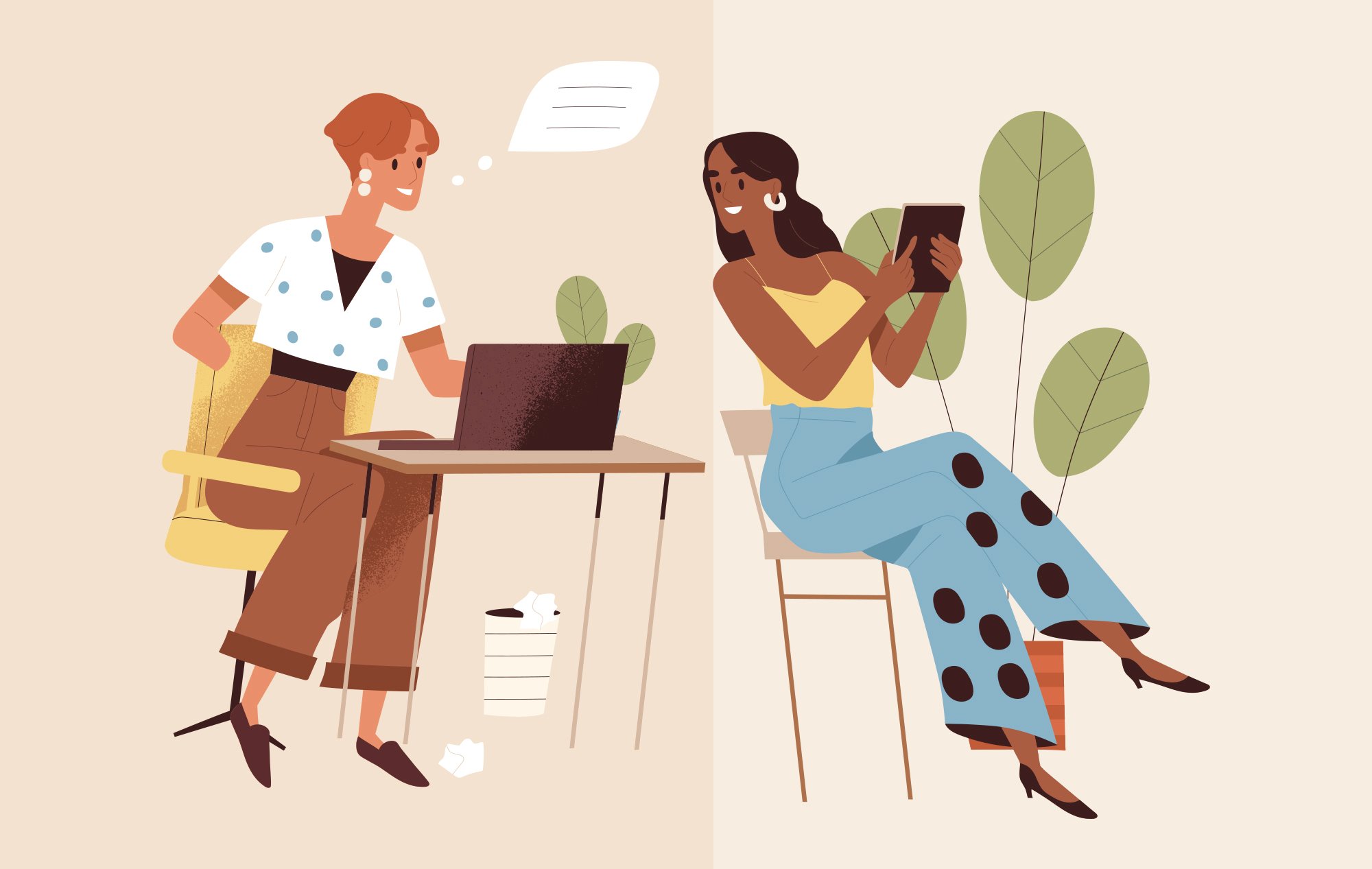