The InclusionHub Podcast | Episode 4: ‘The Significance of the ADA’

The InclusionHub Podcast | Episode 4: ‘The Significance of the ADA’

In Episode 4 of The InclusionHub Podcast, you’ll not only hear from more luminaries about the origins of the ADA and its impact but how the law relates to the online world.

Welcome to another edition of The InclusionHub Podcast. If you’ve been with us from our very first episode then you’ll appreciate where this journey now takes us: the Americans with Disabilities Act of 1990, one of the most consequential laws in modern history.

After an inaugural drop that focused largely on the importance of improving—no, guaranteeing—online accessibility, we’ve spent the last two episodes hearing from some of the most iconic people behind the disability rights movement, specifically, Judith Heumann and Jennifer Keelan-Chaffins.

In this episode, you’ll not only hear from more luminaries about the origins of the ADA and its impact but how the law relates to the online world. It’s indisputable that the ADA has been instrumental in improving the physical world for people with disabilities—meaning it has worked largely as intended—but how the ADA is adapted for digital spaces is a much more difficult question to answer.

In the absence of strong government policy or an amended, web-specific ADA, corporations have either had to police themselves or make changes under threat of litigation. In a way, we’re still living in the Wild Wild West regarding digital accessibility. If it weren’t for the Web Content Accessibility Guidelines (WCAG) published by the World Wide Web Consortium (W3C), the reality would be much darker than it is right now.

That all being said, the ADA has been a juggernaut since its very inception.

“The ADA was signed into law more than 30 years ago, and remains the gold standard as far as disabilities rights in the United States are concerned,” our host Sam Proulx explains in the episode. “The law also stands as an absolute inspiration to people with disabilities all around the world. According to the U.S.-based news outlet NPR, 181 countries passed ADA-inspired disability rights laws since 2000, underscoring its enormous impact on society for millions, worldwide.”

Proulx, who also serves as Accessibility Evangelist at Fable, a leading accessibility testing platform, notes that the “ADA has become an important tool in forcing businesses and organizations to improve accessibility and adopt more inclusive policies and processes.”

This being simply a summary of the episode, you’ll have to listen (or read the transcript) to learn more about the significance of the ADA. To do that, we enlisted the help of two highly knowledgeable guests: Arlene Mayerson, a civil rights lawyer, founding director of the nonprofit Disability Rights Education and Defense Fund, and one of the architects of the ADA; and Timothy Elder, principal attorney at the TRE Legal Practice, which specializes in digital accessibility litigation.

Mayerson was at the forefront of the campaign to make the ADA law, even testifying in Congress on the importance of its passage.

As she explains on the podcast, the ADA was the next great battle of the civil rights era.

“Along the way, there were attempts to add disability to various statutes that protected other kinds of discrimination,” Mayerson says, adding that the inclusion of a non-discrimination provision in the Rehabilitation Act of 1973 proved critical.

Beyond expanding its base of supporters, the movement made a concerted effort to put those with disabilities front and center. For years, as both our guests explain, the United States treated such people as unable to contribute to society or gain economic freedom. The ADA campaign changed that, as we learned in previous episodes. Among the speakers during Congressional hearings were people with disabilities themselves—who made it blatantly obvious that discrimination was rampant across every corner of society.

“Disabled people want to become customers, and they want to buy goods, and they want this free flow of commerce,” Elder says on the podcast. “And we want disabled people to be able to go to restaurants and buy sporting tickets and just participate in the economy. And that’s good for everyone, right? And so that’s what the Americans with Disabilities Act reflected. [It] was this acknowledgment that disabled people do have a very large part to play in our economy and in the workforce and participating in government.

“And we don’t want to maintain this sort of model of charity, where disabled people are dependent on government benefits and really just sent away to institutions and separated out from the rest of the mainstream culture and community,” he continues. “But instead, we’re going to embrace this concept of inclusion and integration, and really promote a legal system that is designed to advance those goals.”

While the physical world has made significant progress in realizing those goals of “inclusion and integration,” the same can’t be said for the digital ecosystem.

Elder and Mayerson are among an army of digital rights attorneys fighting to make the web a more inclusive space. In Mayerson’s case, she and her colleagues sued Netflix, one of the world’s largest streaming services, over its lack of captioning, eventually ending in a settlement agreement. They also eventually secured settlements with other major streamers, including Apple, Hulu, and Amazon.

Listen to The InclusionHub Podcast

You can listen to current and past episodes of The InclusionHub Podcast on your favorite podcast app. Don’t forget to subscribe, leave a rating and review, and share the podcast. You can access this episode’s transcript here.

The InclusionHub Podcast | Episode 5: ‘Nothing About Us Without Us’ 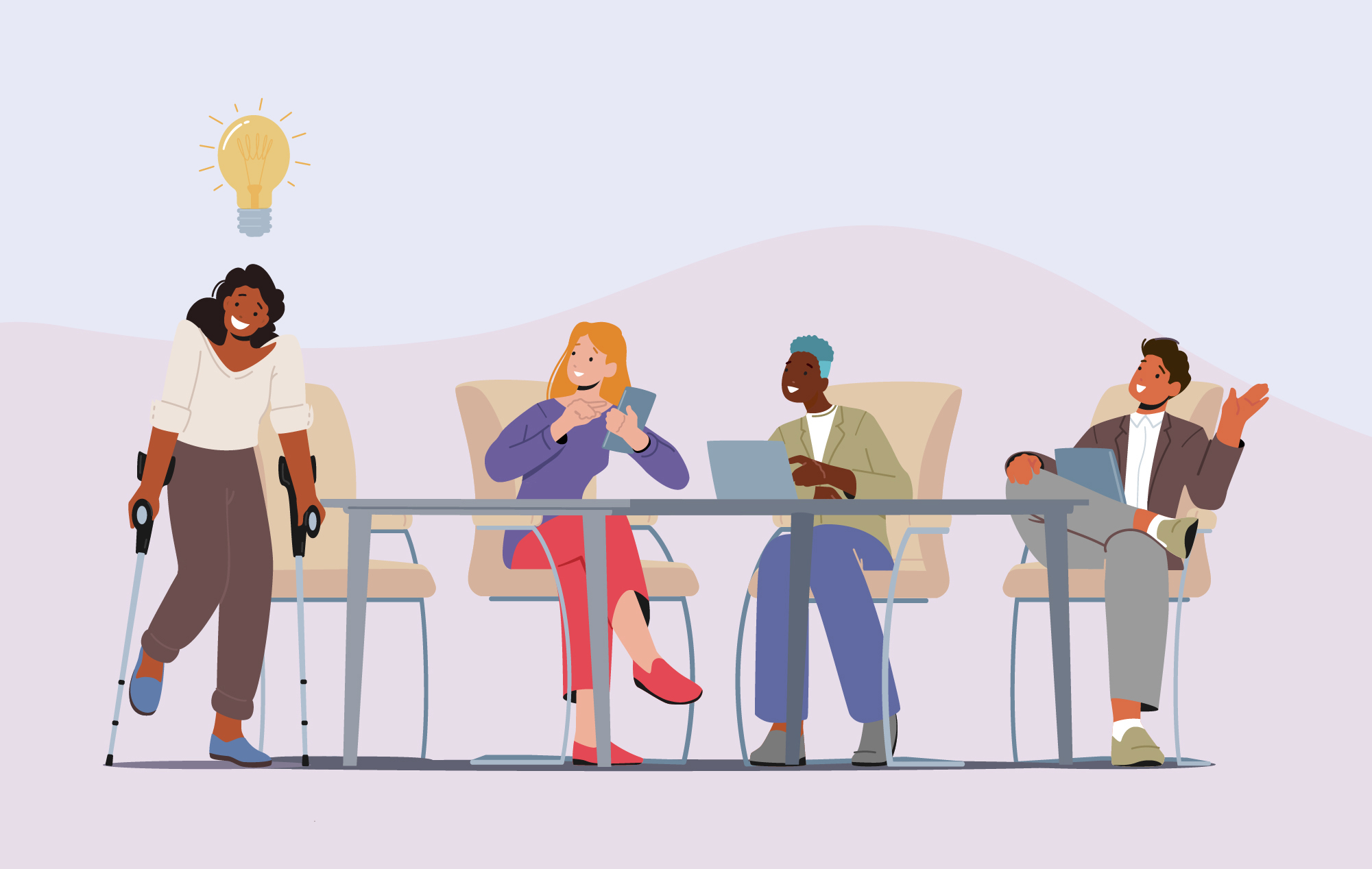 The Importance of Disability Representation in Leadership