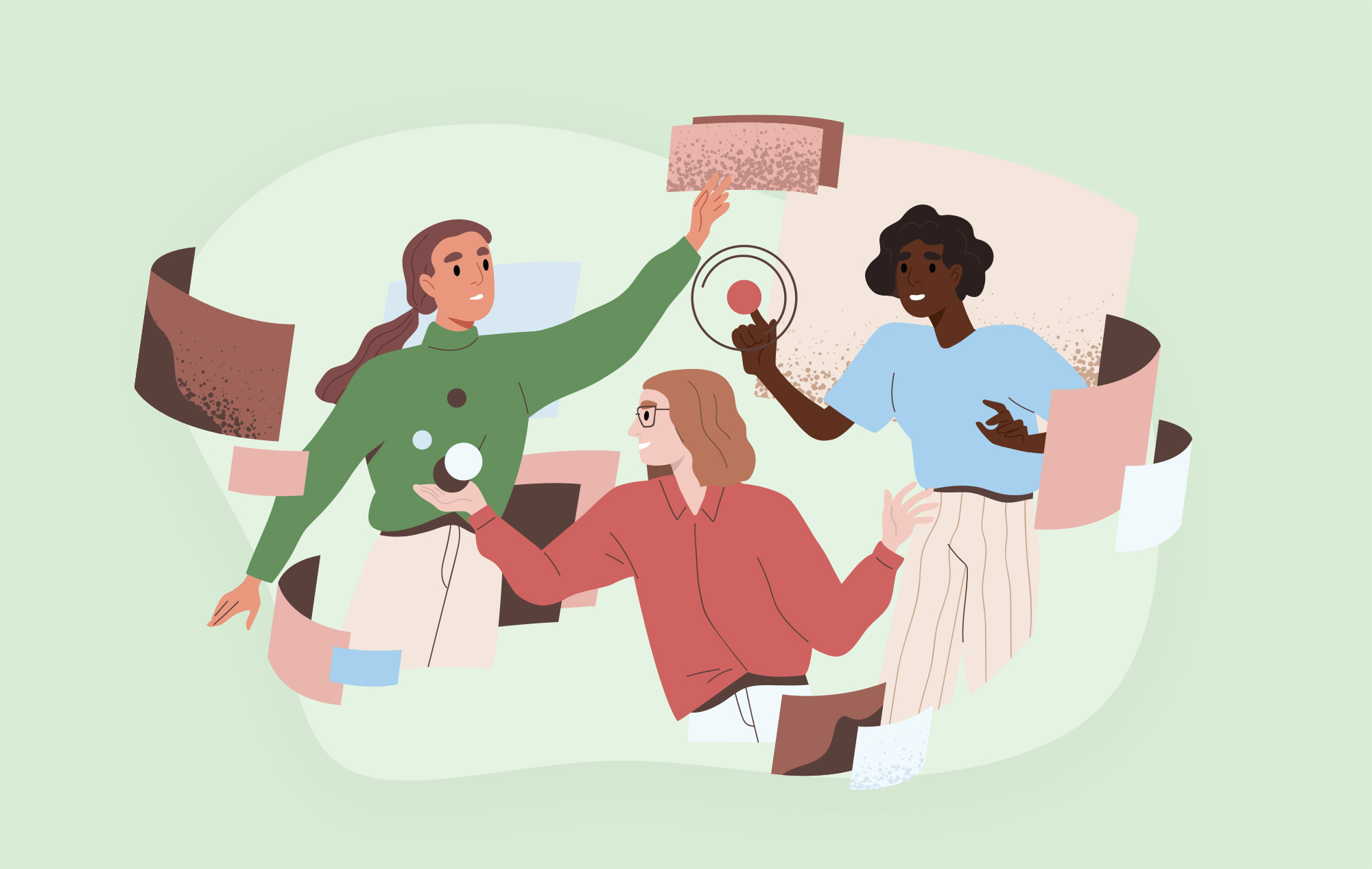 Allison Esposito Medina is the founder and CEO of Tech Ladies, a worldwide community that connects 100,000 members through an online group, a free job board, and learning opportunities.

Allison Esposito Medina is the founder and CEO of Tech Ladies.

Esposito Medina previously worked at Google and organized meetups for women in the tech industry during her spare time to give professionals time to network, ask for advice, and discuss issues they face in the male-dominated field. The success of these events soon led Esposito Medina to start a Facebook group and a newsletter with job listings.

The idea evolved into Tech Ladies, a worldwide community that connects 100,000 members through an online group, a free job board, and learning opportunities.

The organization addresses the significant gender gap in tech. According to the 2020 Developer Survey by Stack Overflow, an online community of developers, less than 12 percent of such positions are held by women. Statista notes that while women make up around 34.4 percent of the total workforce at the five largest tech companies—Facebook, Amazon, Apple, Microsoft, and Google—only 23 percent serve in tech roles.

Women of color are even more underrepresented. AnitaB.org’s 2020 Top Companies for Women Technologists Results indicate that while the tech workforce consists of 28.8 percent women, Black, Latinx, and multiracial women total less than 5 percent.

Women who enter the industry face additional barriers, including discrimination in the hiring process and the workplace. Around 50 percent of women in tech say they’ve experienced gender discrimination at work.

“I had been sexually harassed at one of my earlier jobs, and I thought that maybe the tech world would be different, because it’s full of idealistic people,” Esposito Medina told female-founded clothing startup M.M.LaFleur. “When I talked to more women and found out that this wasn’t the case, I was so disappointed.”

While the industry has long given lip service to diversity and inclusion, Tech Ladies actively seeks to bridge the gender gap by providing a direct pipeline to qualified talent through its free job board.

The organization also provides a way for women to connect with others in the industry. Some may be the only woman, the only person of color, the only LGBTQ+ person, and/or the only non-binary person on their team, which can be isolating. Tech Ladies gives them an outlet to relate with others who may be experiencing similar challenges. They can share their concerns, ask for advice, and expand their networks while learning valuable skills to help them land their dream positions and advance their careers.

“One thing we do is our anonymous #HelpASisterOut hashtag, which invites people to email us so we can anonymize their question and share it with the group,” Esposito Medina told From Day One. “That’s been really great because if you’re having issues with your boss, for example, you’d never want to put it out publicly.”

In addition to encouraging inclusive hiring and supporting women’s career growth, Tech Ladies also promotes healthy working environments, unbiased workplaces, and equal pay while fighting obstacles at a grassroots level. As part of its battle for equal pay, Tech Ladies is a member of the UN’s Equal Pay International Coalition, which addresses the gender pay gap around the world. Esposito Medina also wrote a report on the gender digital divide for the United Nations and advocated for equal pay at the United Nations on behalf of Tech Ladies.

There have been major strides for women in tech in recent years.

According to Built In, women’s earnings are outpacing men’s in high-skill positions. Built In also reports that tech companies increasingly offer paid parental leave to both women and men, leveling the playing field and combating post-baby income inequality. While there is still much to be done, Allison Esposito Medina and Tech Ladies are helping guide the tech industry toward positive change.

“On a daily basis, I see people making connections,” Esposito told CNBC Make It. “It’s really interesting when you see something become bigger than you.”